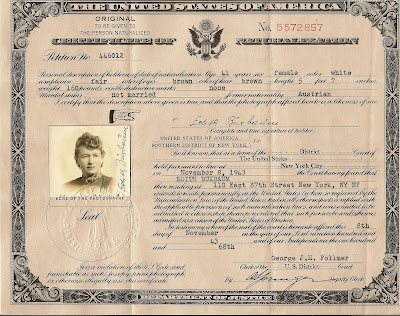 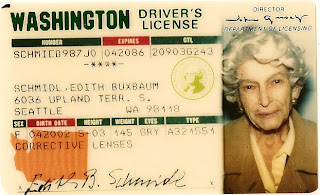 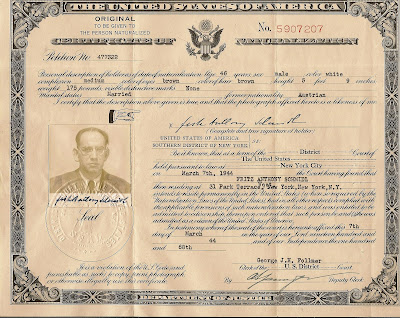 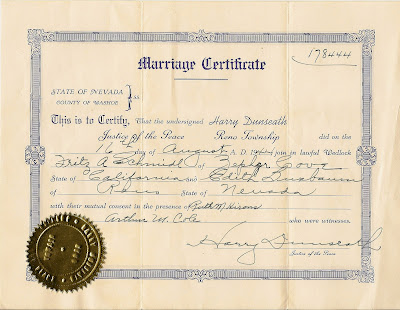 After years of friendship, Edith Buxbaum married Fritz Anthony Schmidl in a secular wedding ceremony on August 16, 1944. It was her first marriage and his second. Fritz was the Viennese attorney who, in 1937, helped with Edith's release from prison; she had been arrested for resisting pro-Nazi factions. The Anschluss, the incorporation of Austria into the German state, occurred on March 13, 1938, a day after German troops marched into Austria. Thanks to members of the New York psychoanalytic community, Edith was already in New York and employed by New York’s Bank Street Cooperative for Teachers. Fritz would soon follow. Document provided by Herbert J. Belch for the Buxbaum estate; in author's possession.